If your boss told you to [profanity] off, what would you do? Would you:

I had a case recently with a client whose manager had done the wrong thing, and as a result of frustration, had an outburst at one of their employees which resulted in the employee’s on-the-spot resignation. An investigation was conducted in order to establish the facts, and the individual concerned was incapable of continuing to work as a result of this isolated incident. The manager in question was disciplined as a result of their inappropriate behaviour, and she was apologetic and regretful for her actions that day.

I have had another case whereby one’s duty manager completely ignored one of their subordinates for in excess of six months, as a result of a non-work-related incident. The subordinate ended up submitting several grievances before it was escalated to me, investigated and substantiated, and then closed. Counselling and correctional behaviour were implemented as a result, and both parties indicated that they would be willing and able to continue working together in the future.

Both issues may have involved some form of bullying, but how do you react when you’re on the receiving end of some inappropriate behaviour from your manager?

One thing that stands out to me in all issues that I need to manage is the varying degree of resilience amongst us. It does not surprise me any more to see people over-reacting to issues that could be managed at an employee level, without the involvement of management or third parties.

Now, I am not advocating conflict in the workplace, but the fact is, it happens. Of course we have higher expectations on our leaders to behave in a certain way, but as humans, we are emotional creatures and sometimes these emotions get the better of us, especially when we are already feeling vulnerable. So how do you deal with an awkward situation concerning your leader in the workplace?

If your boss or colleague is aggressive towards you, the worst thing you can do is react in the same manner. Stay calm and think about how you will be received and perceived. It can be challenging, especially if you have other personal issues going on at that time, but it’s better to walk away and discuss it later than add fuel to the fire by reacting aggressively to their conduct.

2. Take the lead and address the issue

Sometimes, we need to manage upwards. And whilst you shouldn’t have to take the lead if it wasn’t you who created the problem, you need to be taking active steps to resolve any issue that concerns you, in a constructive and productive way. I suggest jotting a few bullet points that address your concerns and express how you feel, and why, and then agree any action points moving forward.

Part of a successful conflict resolution program is the participation of all parties. You must be willing to address this issue with your boss in the spirit of re-establishing your expectations. This also shows that you aren’t a pushover and are willing to work through issues rather than avoid them.

3. Think about the bigger picture

It’s perfectly natural to want to walk out after experiencing hostility in the workplace. But think about the impact this has on your career, wallet and family. It is not worth losing your income over a workplace dispute, even if this is of your own volition. There should always be a grievance procedure in your workplace which provides a framework through which any matters raised are addressed. So don’t make any hasty decisions. Rather, take the time to process whatever occurred, and then consider whether escalating the issue though the channels available. In the example given above, the employee who resigned left with one subject to go on their apprenticeship. Wouldn’t she have been better off to stick it out?

4. Remember, it’s not about you 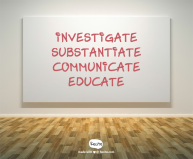 There is usually an unrelated, primary cause to someone’s outburst at work, and it is usually some other stressor within that person’s life – home life, kids, or health. You don’t really know what someone else might be going through that has lead them to act this way. The important thing to remember is to always try and promote harmony in the workplace and part of this is about being resilient.

Have you been in a situation like this? Tell us your story.

My book 101 HR Hot Tips: Handy Secrets for Success in the Workplace contains many more tips to help you succeed in the workplace. Purchase it here